5 Things I Don’t Love About Living in Barcelona 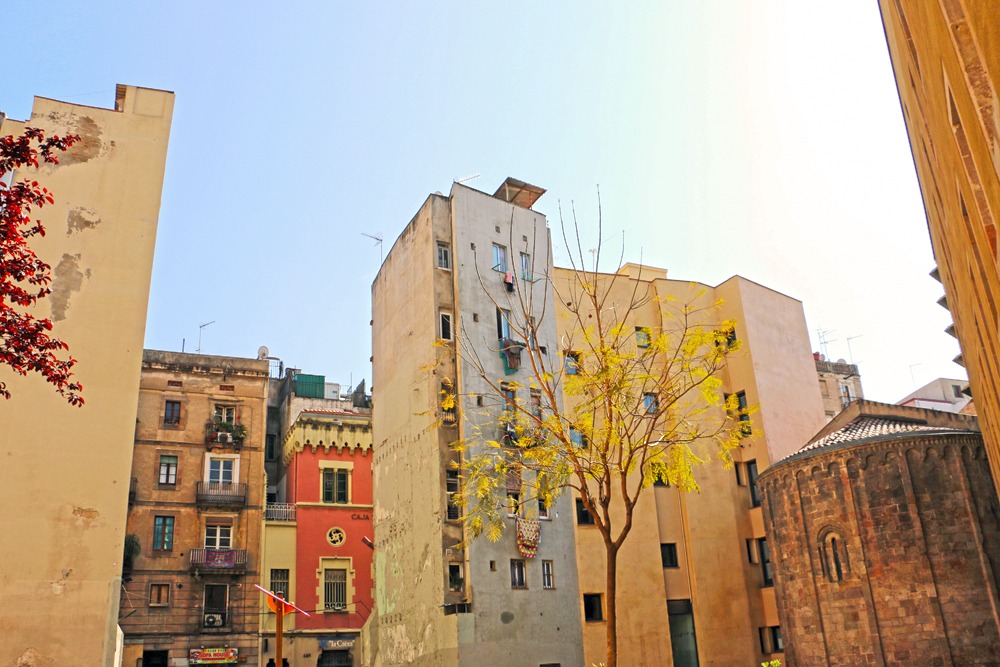 Last week, I was feeling nice and fuzzy about Barcelona – but as they say, what goes up must come down. After a week of humidity and little frustrations, I’m feeling a bit less enamored of my current living situation. That’s not to say I don’t think it’s a fantastic city, but anywhere has its pros and cons.

Of course, there are some not-wonderful things about living in any foreign country, like language irritations and sometimes not quite fitting in as a foreigner, so I’ve stayed away from stuff like that. Instead, I’m talking about stuff that I don’t like about living in Barcelona specifically.

As they say, nobody’s perfect – and that goes for cities, too!

It’s a sure sign that you’ve grown up in southern California when you manage to find an excuse to complain about any weather conditions that aren’t pleasantly warm and sunny. Now, my complaints about the weather must sound ridiculous to people who come from countries with actual weather – buuuuuut.

The humidity makes the winters colder  and the summers warmer. I love warm weather, but I don’t enjoy sweating even when I’m sitting completely still. I don’t like winter at all, and still find it a big challenge to deal with, and the chilly humid air means the cold sticks to your bones.

Long story short: no matter the season, I’ll almost always find something to complain about the weather here!

It’s really hard to think of something that’s consistently more frustrating for so many people I know here than the economic situation. While things have improved, it’s definitely still not great job-wise here, and the salaries are ridiculously low.

Cost of living is low, fortunately, so you can live a lot on a little. But still, everybody I know who’s got a decent job either works in tech or has their own project going. And every year a handful of my friends are forced to leave to go somewhere else because there just aren’t great work opportunities here.

On top of that, there’s often an insane amount of red tape involved to get anything related to work done here. Spanish bureaucracy is terrible enough be its own stand-alone article, but I’m trying to stick to five downsides here!

I’ve used this piece of street art in relation to Spanish bureaucrats before, and I’ll use it again!

While the job situation is draining long-term, noise levels are my #1 daily annoyance about Barcelona. I live in a pretty lively neighborhood, but people having a good time isn’t the sort of noise that bothers me. No, it’s the endless construction works that seem to jump from flat to flat on my street.

Every morning I get jolted awake by a whirring saw or pounding hammer. There’s currently construction in the square up the street, the store a few doors down, the apartment building in front of me, and a selection of random other projects going on. There’s also the man who walks around selling new metal gas tanks by wheeling around a cartful of them and pounding on them – a bit like a medieval town crier.

As somebody who works from home most days, this is definitely not ideal for being productive. Even shutting the windows and blasting music can’t drown out the constant dull thud of a hammer.

Ah, go work somewhere else, you say? The two offices where I sometimes go to work both currently have similar situations with endless hammering. Surely we’ve got more modern technology than hammers that would get the job done more quickly – – and more quietly.

The lack of green space

Barcelona has almost everything – except green space. There are a few parks dotted throughout the city, but in general it can be tough to find a bit of green space here. My neighborhood doesn’t have a single park. Granted, I live somewhere that’s very built-up, but I really wouldn’t mind a bit more grass and greenery around here.

So you may have heard that Barcelona’s been having a bit of trouble with tourism lately, or maybe you’ve been here and seen it for yourself. If you haven’t, let me sum it up quickly.

Barcelona is a small city that receive a huge amount of tourism. There’s just not much space for so many people. And like many cities that get a lot of tourism, there are all sorts of services and shops that cater directly to tourists and not to locals. Unfortunately, these sometimes push out local businesses, even some of the old traditional ones.

On top of that, there are some visitors who come and behave exceptionally badly, and some of the things that cater to tourists get in the way of locals enjoying their day-to-day lives. There are people who complain they can’t go to the market to get their food shopping done anymore, and others who say they can’t even go for a stroll along the beach without getting hit by a rogue Segway.

Of course, the tourists who behave like this are only a small minority of all the people who come to visit. There are lots more who come to marvel at the wonderful architecture or kick back on the beach or get lost in the picturesque streets of the Gothic Quarter or indulge in some amazing food.

Unfortunately, the people who come and misbehave are the ones who are more noticeable, and there’s a huge backlash against tourism from some locals.

I’m of two minds on this one. On the one hand, I, too, hate when a Segway tour comes whizzing down the beach boardwalk so you can’t walk. I hate it when I can’t go somewhere I want to go because it’s just too crowded. I hate it when drunken tourists stand underneath my window and shout at each other at 4 a.m.

But. I also hate when locals against tourism are flat-out mean or xenophobic. And when they smash windows of hostels in my neighborhood and paint “Tourists go home” on the broken glass. Or when people are rude to me because I look exactly like the stereotype of a stupid, drunken tourist.  I hate when they march by holding up signs saying “Guiris go home” right underneath my window.

Fortunately, the city government is taking some steps to deal with the tourism mess. The way things are, it’s not very much fun for anyone. They seem to be working to come up with a solution that works for everyone (I hope!).

Actually, I’m not the only expat who has a few things they don’t like about living in Barcelona. I’ve included a study from OK Apartment Barcelona that asked expats what they dislike about the city.

3/5 of my least favorite things made their list, too. Complaining feels even better when you’re justified by other people sharing your opinion! 🙂 Just kidding, but I’m definitely not the only one:

I’d love to hear from you – what don’t you like about living where you do?

Thanks to OK Apartment Barcelona for their help with this post!