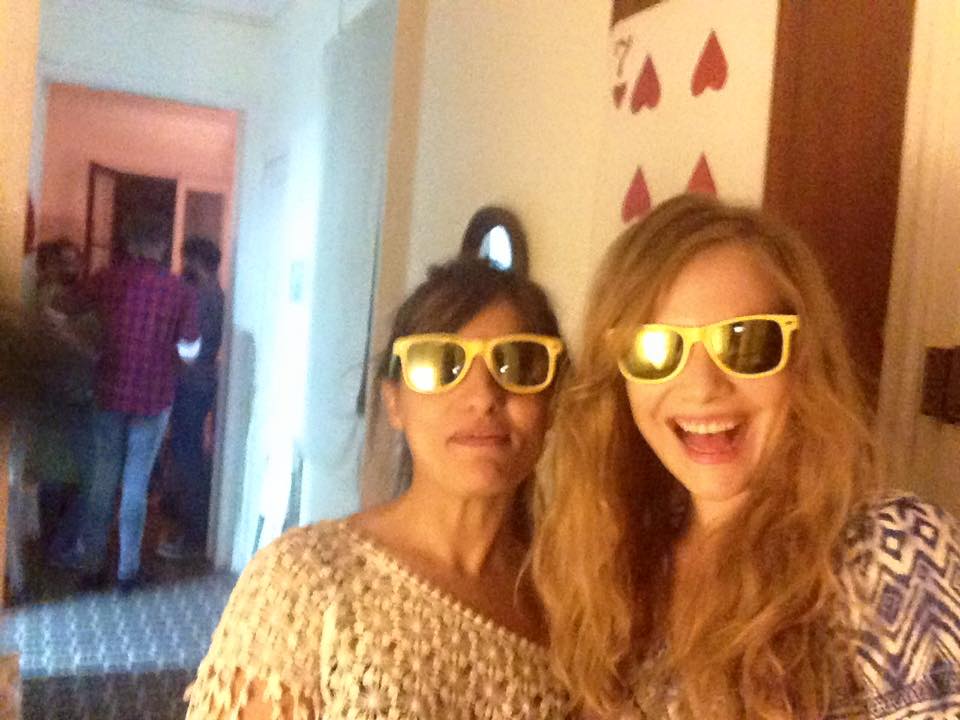 The other day, one of my friends asked me what it was like living in a city where I look so obviously foreign. He asked as he knew a girl who looked like me – blonde hair, blue eyes, a total ‘guiri‘ – who chose to leave Barcelona because she was tired of people treating her differently because of how she looked.

That meant being rude to her, purposely charging her higher prices in the stores, seeing her as an easy target for pickpocketing, or just not taking her very seriously (especially when it came to dating).

He wanted to know – was that a real thing? Or was she just being dramatic?

I hesitated. I didn’t want to make it seem like I was a huge victim (I’m not), but yes, your appearance definitely does make a difference to how people treat you.

The same sort of stuff this girl complained about does happen to me; every once in a while, it even makes me cry.

If you haven’t had that sort of experience on a long-term basis, it’s hard to explain how draining it can be. It’s frustrating when people automatically discard you because you’re obviously foreign based on your looks, and it’s not something I’d ever experienced before.

It’s really not the same as being treated like that on vacation or in a temporary situation. Well-intentioned friends often think it’s the same sort of thing they experienced when they were in “x” place for a year. But that’s not true. When you know that it’s going to go away as soon as you get back to your normal life, it’s much easier to deal with.

Other friends, equally well-intentioned, think I’m making a big deal of small stuff. And sometimes it IS just small stuff. A lot of small stuff that builds up, and then it only takes one more stupid comment to bring me to tears.

I think it’s gotten a bit more frequent with all the current backlash against tourists in Barcelona, which occasionally spills over into being flat-out xenophobic. It’s really not nice to constantly stick out a lot of the time.

A lot of people will say “Well, the guy who said that is an idiot – it doesn’t matter what he says.” That’s true. But it can and does hurt to have people repeatedly treating you unkindly, no matter how idiotic they are.

So yeah, it is a real thing.

But….there is actually a major silver lining to this.

Looking so obviously foreign is an instant character filter.

As soon as I realized that, something clicked into place that made dealing with the negative stuff a whole lot easier.

Those shopkeepers who double their prices for me? The people who swear at me in Spanish when they think I don’t understand what they’re saying? Waiters who are flat-out rude when I’m eating out with another foreign-looking friend? People who automatically discard me because of my appearance?

Those people are absolutely not the sort of people I want to spend time with, and they’ve just instantly let me know that.

So OK, not as many people will want to be friends with me here as they would in a place where I don’t look so foreign. And sure, being treated that way does upset me sometimes.

But that just means my appearance can be a shortcut to getting to know genuinely open, fascinating people who are interested in connecting with other cultures and making friends who aren’t the same as them. In short – great people!

Basically, it filters out all the people you don’t want to hang out with anyway and leaves you with people you do want to spend time with. There might not be as many of them, but you know that they don’t care about what you look like or where you come from. They’re more interested in getting to know you as a person.

It’s no coincidence that almost all of my close friends here are people I’ve met through some kind of travel-related activity (language exchanges, the Erasmus program, and travel blogging events).

Part of that is because that’s what I’m interested in, but I really believe it mostly comes from the attitude that people bring back home from traveling. People who travel are often people who are open to meeting foreigners – and actually excited about it too!

So while some days I DO get frustrated and upset and wish I didn’t stick out for my appearance, it’s not something that’s going to go away. It’s just one of those things that comes from choosing to live in another country. I know I’m fortunate because I am choosing.

And on top of that, it just takes a simple perspective switch to make me realize that even this cloud has a very shiny silver lining.

This weekend, my roommate and I threw a party. Looking at our silly Facebook event invitation makes me feel so, so lucky.

We invited sixty friends who come from all over the world. I was worried so many people were going to show up I was going to have to move the party out of my tiny flat and down to the local plaza.

Luckily, everyone fit – just. Tons of people showed up from four different continents and I don’t even know how many countries. The party kept going all night long, and there was an endless stream of fascinating, open-minded people to chat to.

And I can guarantee that lots of those people I never would have met had it not been thanks to being a ‘guiri’.

What a fantastic problem to have.