The Guide to Having a Quarter-Life Crisis in Spain 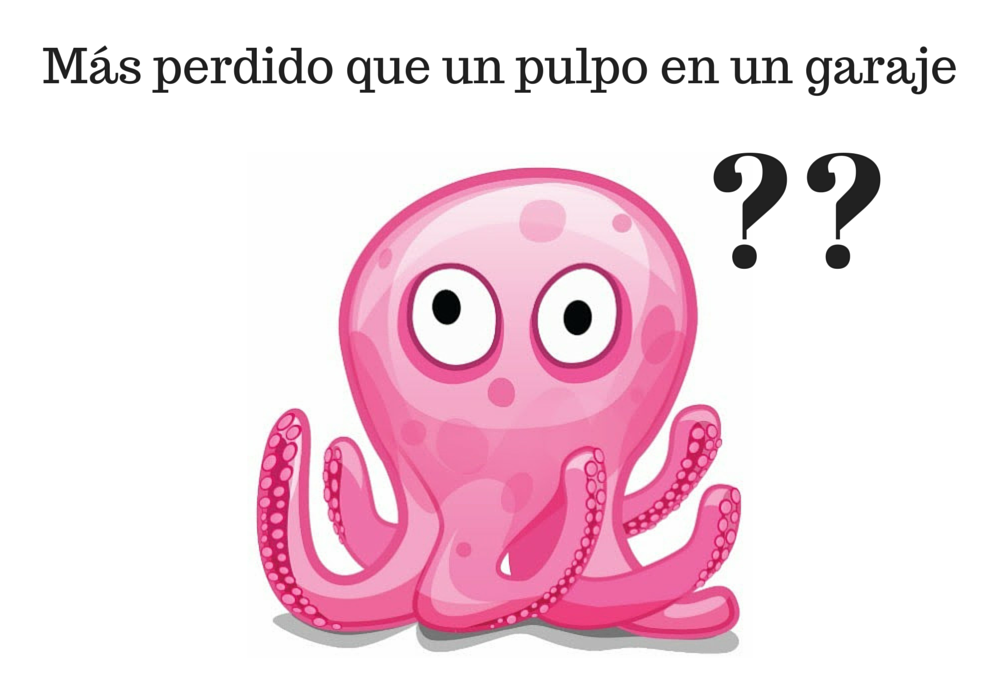 La crisis, la crisis – that’s a pretty common phrase you’ll hear uttered all around Spain. But right now, I’m experiencing a completely different kind of crisis – the quarter-life crisis. Although in this case, it has been ushered in by the economic la crisis too, making for a lovely duo of uncertainty and self-doubt.

A few months ago, when I lost my job, I tried very hard to have a mature perspective on the whole thing. I wasn’t going to take it badly; I was nobly going to see it as an opportunity for fantastic new doors to open.

As somebody who does very, very well with certainty and very, very poorly with uncertainty, this is causing a not inconsiderable amount of stress.

So, as I nobly continue my phase of Not Panicking And Being Mature (but secretly panicking and feeling VERY immature, petty, and jealous of all my friends who seemingly have it together), I thought I should at least learn something from this.

And no, it’s not being graceful under pressure.

You just have to look at my daily habits to see that – one day it’s all virtuous salads and gym sessions, the next it’s kebabs, beers, and a growing sense of shame (last night I opted for the sense of shame).

No, it’s actually a collection of new colorful Spanish expressions I can use to fully express the depths of my twenty-something ANGST to my friends here.

So, fellow quarter-life crisis strugglers, here’s how to get Spanish people to understand why your life is a mess and you’re falling behind on everything important and it is the LITERAL worst!

(By which I mean it is by no means the literal worst and I am lucky to be in a position where I can choose from so many things to do. But that doesn’t mean it’s not frustrating and upsetting).

It means: To be mean

With so much personal crisis-ing going on, I find that I have the occasional day where I am just grumpy. I have sour, bad milk – and sometimes even spoiled. 🙂

Today, for instance, I committed an incredible act of self-abuse and actually started LinkedIn stalking people.

I spent the good part of an hour enviously gazing at everybody’s fancy job titles (although never clicking on their profiles, because LinkedIn tells you who’s been creeping on you).

I have become THAT PERSON.

This realization naturally meant I had a lot more curdled, unpleasant, and quite frankly disagreeable milk.

It means: To be at an awkward age (usually adolescence)

Just like high school, it feels like everybody has got it all figured out. It feels like I’m the only one struggling to wear the right clothes, say the right things, and not awkwardly stick out as the one who just can’t seem to get this growing up thing down.

Only unlike in high school, I don’t even have my good school grades to have some sort of justification that everything will be fine and I’m on the track to success.

Come back, school assessments! I said I hated you but at least you gave me a way to measure my progress! And at least I was making progress back then. Sob!

If only somebody could just come in and give me a 4-year goal, make me jump through all sorts of stupid hoops to get to it, and then hand me a fancy certificate at the end of it to make me feel good about myself, I would be thrilled. Anything to give my life a sense of direction!

It means: Being clueless

Part of this awful phase is that while before I felt fairly confident and optimistic, I am now feeling clueless and helpless about pretty much everything.

It feels like going back to kindergarten. (Actually, it’s amazing how often living abroad can make you feel like a five-year-old, but that’s a whole different post).

I’m afraid I don’t even know a potato about Real Life. Hang on, let me be grown up about this. I am going to use the more mature version of this phrase – no tengo ni puta idea what I’m doing! (I have no effing clue).

Anyway, can we go to the finger painting and crafts session instead please? That’s more suited to my capabilities and skill set.

It means: Being lost

Somebody else just got engaged? Someone else just bought a real, actual house? Your friend has a fulfilling job that they like and pays well? Gulp.

Somebody has even managed to do all three? Great, I’m going to take my boyfriendless, houseless, jobless self back to bed and quietly weep beneath the covers for the rest of the day.

This will be followed with a helping of guilt for being such a self-indulgent cliché.

For dessert, we’ll be having Oh God, Am I Becoming Bridget Jones?, which comes topped with shame and and a drizzle of regret (and at least Bridget could get a date!).

I’m feeling pretty empathetic towards that poor lost octopus. Get me out of this confusing garage and back into the soothing waters of certainty!

From milk to potatoes to turkey, this list has taken an unexpectedly food-related turn. And much like a toddler presented with a plateful of octopus, I’m in a phase of “I don’t WANT to.”

I don’t want to feel like this – worried, and anxious about everything all the time.  I wish I could fling the plate of octopus crisis across the room, and have it swapped out for a dish more to my liking (Certainty! Self-confidence! A sense of direction and achievement!).

Sadly, it’s looking like the only way to get through this awful, uncomfortable phase is just to accept the octopus, and start to make my way through the chewy, rubbery lumps – no matter how long it takes.

But when this is all over, I’m hoping there’ll be a delicious slice of cake afterwards.