Why You Should Never Rent a Room Like This in Barcelona 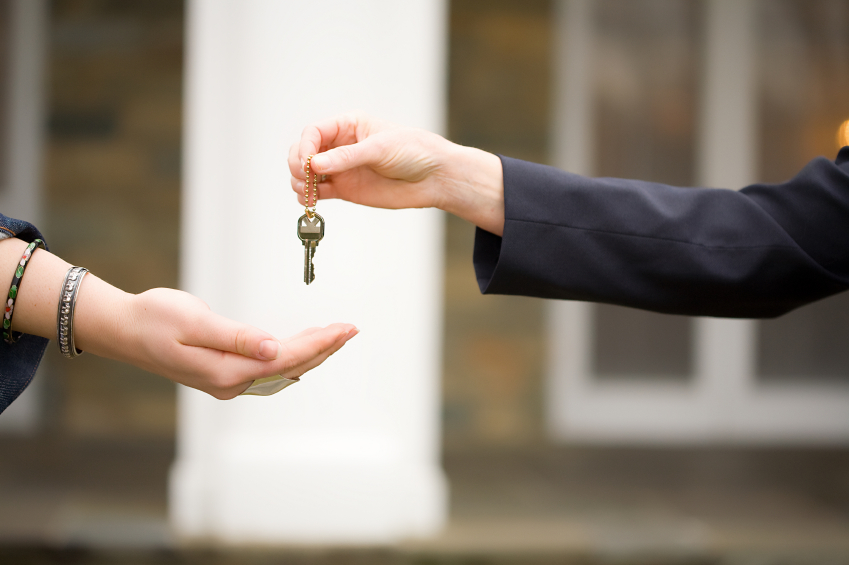 Ask any foreigner living in Spain, and they probably know exactly what that means. Spanish has a rather nice way of expressing getting taken advantage of. I got used to this word early on in my stay here.

Not that there’s anything wrong about Spain or Spanish people; it’s just that here my obvious foreign-ness makes me an easy target, whether that’s a greedy language school director, pickpockets eager to relieve me of my belongings…or nasty landlords.

OK, let’s rewind. I moved to Spain right after graduating college. At my small liberal arts college, pretty much everybody lived on campus all 4 years. I’d never rented a room before, so I wasn’t expecting the full unpleasantness of landlords.

Let me say this again: this isn’t a Spanish problem; it’s a landlord problem. There are jerks everywhere.

Anyway, I rented a room from a housing company specializing in short-term rentals geared towards exchange students. I wanted to avoid rental companies like this…except right when I arrived in Barcelona, there was a spare room in the flat. My friend was moving out, and she’d been constantly posting fun party pictures with all her roommates. I assumed it would be okay if a friend had lived there, and I thought it would be a fun place to live for a summer while I got on my feet.

Fast-forward 2 years, and I’m still confused about how I spent so long there.

Actually, I did have a few good reasons. First off, I had a huge, beautiful room.  Secondly, the flat was a fabulous place to host enormous house parties (the record for partygoers in the flat is about 90). And thirdly, it was right in the city center, just round the corner from Gaudí’s Casa Batllò.

However, it came with a lot of downsides.

Flats like these are usually decent-sized and in great locations. They are also expensive and poorly maintained. It’s very much like living in a long-term hostel; I got a whole crop of new roommates about every 6 months in a 6-room flat. At the beginning that was fun, but my roommate luck ran out towards the end, which really was the last straw.

The company is the real issue here though. Employees let themselves in when they wanted, rented the rooms to whoever paid the most, tried their best not to spend any extra on maintaining anything, and were rude and unhelpful . I loved my room and the location, but I hated the company the whole time I was there.

But it wasn’t until last month that I realized just how much the housing company “aprovechar-d” during my stay. When I said I was leaving, they smacked down a surprise new bill.

Naturally, upon reading the email, I considered bursting into panicked tears. Then I decided I was going to try being kind and reasonable.

You can probably guess how well that went. They insisted I owed 331 euros due to spending a long time in the flat. You see, that meant I had overspent on the gas, electricity, and water…which they had very kindly not told me about. So, if I would send them 331 in “gastos extras“ right away, they would be very pleased.

I deployed my best “dumb blonde foreigner” tactics, but 10 days before the end of the month, the company decide to send in the troops – literally. One of their employees let herself into the flat at 8:45 a.m. and banged on my door.

“331 euros, immediately. The contract said we’re supposed to tell you every 3 months if you overspent, but the guy working here before didn’t really feel like doing that.  But that’s just how it is, and we need you to pay right away. Do you have cash on you?”

I tried politely explaining my confusion over the surprise charges, but the girl just snapped “Pay now or you have to get out by tomorrow morning.”

So I said I’d arrange a transfer from California, which gave me time to get out, rather than get evicted and pay 300 euros for the pleasure.

My 2 last weeks in the flat were extremely stressful. I was out of my “home” from 8:30 a.m. to 9:30 p.m. every day to avoid the company, and when I was in the apartment I was anxious and on-edge. I was afraid they were going to let themselves in and move all my stuff out to the street while I hid. After I got out, I stayed at friends’ places and was too scared to check my e-mail or phone in case the company had sent me a nasty message. I’m still a little worried about it, actually.

I’ve since found out just how typical my experience is with companies like this. I rented from Rent Room Barcelona, and I heard similar stories from a nearly identical company called Habitage Jove. AVOID these guys. These agencies take advantage of young, inexperienced people. Their rooms may look attractive and it’s certainly convenient at first, but you’ll pay the price later.

What these companies say they offer is only half the story.

I got a lovely big room in the city center, but it came with major strings. The company was rude, unhelpful, and never fixed things (to a greater extent than just your typical bad landlord). For instance, the boiler never worked properly, so there was never enough hot water. There was also a 4-month spell in the middle of winter where the bathrooms were roofless, so we were literally showering in the snow (had I not had a huge personal crisis going on, I definitely would have moved out then). There were always broken things that didn’t get fixed for months, like windows. I didn’t care too much when I had fun, social roommates, but it got old when it was coupled with rude, unpleasant strangers.

Companies like this also bank on you not knowing the housing laws (I didn’t until after). It turns out the company did quite a few illegal things during my stay, including that 331€ surprise charge and entering the flat on a whim. Even though they look appealing at first, stay away from agencies like Rent Room Barcelona and Habitage Jove. Don’t let these jerks aprovecharse de ti like they did to me. Know what you’re really getting into.

And like Cassandra from Gee Cassandra mentioned in the comments, this happens with regular landlords too. Being a foreigner makes you an easy target for people like this. If you’re in a weird situation, don’t put up with it and find somewhere else to live.

So where can you find a better room situation in Barcelona? I have a post all about apartment-hunting in Spain. And if you’re here doing an exchange or short stay, you can find a flat with people in a similar situation using something like the Erasmus Student Network Facebook pages. Around the beginning and end of the semester, they’re flooded with postings for non-agency flats that provide what I was looking for – a fun home with young, friendly roommates. But without the strings.

Have you had any landlord disaster stories or personal experiences with getting “aprovechar”-d? Share them in the comments so we can commiserate!