Where Should I Stay in Barcelona? 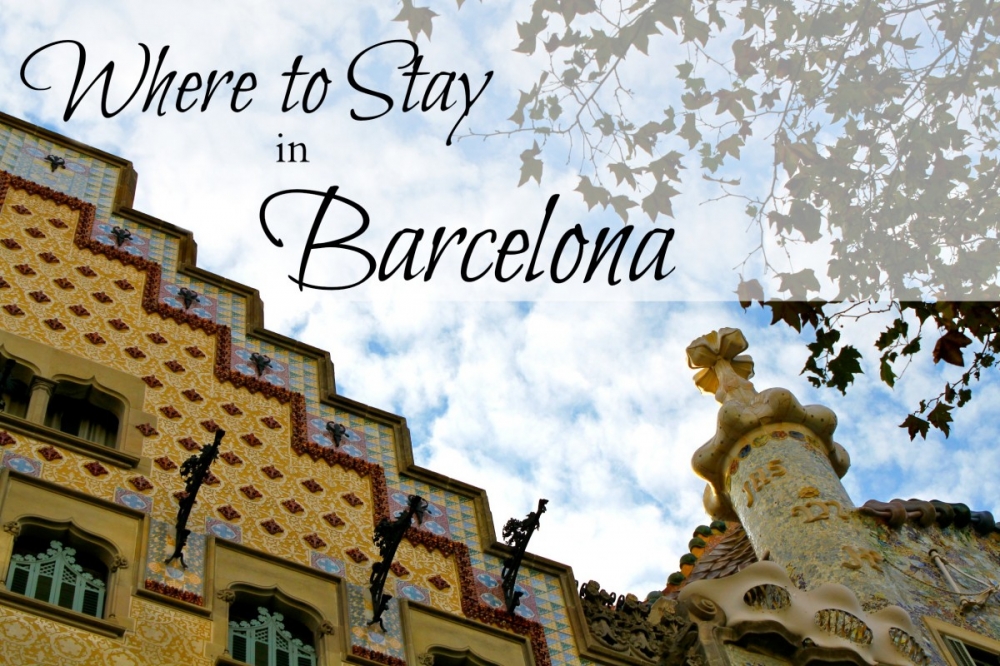 While not a huge city, Barcelona does have a lot to choose from when picking out where you want to stay. Each neighborhood has its own distinct personality and vibe, so you can find a place that matches what you like in a city. Choosing where to stay in Barcelona can be a bit overwhelming if you’re not familiar with the city.

So, after having had visitors for 6 years of living here, I’ve got insider tips to help you figure out which area of the city is going to be your best bet. That way, you’ll can find the perfect place to stay in Barcelona during your visit to my favorite city in the world!

Let’s get started with an easy two-step process you can use to pinpoint where you want to be. Then, I’ll walk you through some of the different housing options you can choose from in these areas.

The good news is there are lots of places to choose from. Even though it can be a bit much at first, once you’ve done these two steps, you’ll be well on your way to finding the perfect fit for your trip.

If you’re going to be staying longer-term in Barcelona or Spain, check out my other article How to Find & Rent an Apartment in Spain.

Step 1: Narrow it down using the metro

There are a slew of housing options all over the city. Some people want to be right in the city center, while others would prefer to spend a week on the beach. But generally, I recommend staying somewhere central or on a central metro line (especially if it’s your first time).

Start by checking out a map of the metro to get a better feel for things.

Catalunya is the central point; you probably want to be within a 2-3 stops of this one. The walking distance between each metro stop is generally about 10 minutes.

What’s the best area to stay in Barcelona? That depends on what you’re looking for. Now that you have a better feel for the layout of the city, it’s time to think about what sort of personality you want your district to have! Check out the map at the end of this section to get your bearings.

The two neighborhoods visitors tend to like to stay in are the Ciutat Vella and the Eixample, particularly if it’s their first time. These neighborhoods are right by lots of the nicest sightseeing.

The Ciutat Vella has three sections – the Gothic Quarter, the Born, and the Raval. The Gothic Quarter is the most visitor-friendly while the Born is more chic bohemian (you might also see it called Sant Pere or La Ribera). The Raval is the city’s most international district and is less expensive, though it also has a reputation for also being the best place to get your pocket picked.

For the Eixample, the most central places are close to Passeig de Gracia, Placa Catalunya, and Placa Universitat metro stops. This district is more modern than the Gothic Quarter.

Are you back in Barcelona for a repeat visit, or are you looking to go further afield? You might want to stay in a traditional neighborhood like Gràcia, or in the fisherman’s district of Barceloneta to be by the beach.

Poble Sec and Sant Antoni are also local favorites. Poble Sec is traditional like Gràcia, with lots of great cheap eats, and Sant Antoni is a hipster’s promised land (in the best way possible).

On the map below, here’s where those areas are:

Which type of accommodation should I pick?

It’s not exactly shocking that party-city Barcelona has its fair share of fun hostels. From my experience (either staying in or visiting a friend at) a hostel, here are some of my picks for good hostels in Barcelona:

Budget traveler? Read more: 15 Cheap Things to do in Barcelona

Depending on how long you’re staying for in Barcelona, a short-term apartment rental may end up being a better deal than a hostel. Of course, if you fancy a bit of peace and quiet and tranquility, these are probably the best pick.

As far as apartments go, my friends have had success with GoWithOh and AirBnB. Although AirBnB is currently banned in Barcelona, you can still find housing through it.

One word of caution with apartment rentals: be very, very careful to read up on safety reviews. I’ve heard of a few cases where people got their apartments robbed, and it was pretty obvious that the thief had a key and easy access to the apartment. Do your research.

OK, I’ve never stayed in a hotel in Barcelona, so I can’t offer much personal advice. But TripAdvisor has a great list of the best hotels in Barcelona. There’s something to fit most price points.

Even if you’re budget doesn’t stretch to stay in a hotel, you might like checking out their glamorous rooftop bars!

The ultimate cheapskate’s option! Apart from not spending any money on housing, Couch Surfing also gives you a great way to meet locals.

Finding a Couch Surfing host can be tough in Barcelona, because so many  travelers are interested in coming. As a former host, I’ll give you some suggestions:

Hopefully this will help get you started on finding a great place to stay in Barcelona!

If you’ve been to Barcelona, where did you stay? What tips do you have for travelers coming to Barcelona?