Why I Hated the Feria de Abril, But You Should Try it Anyway 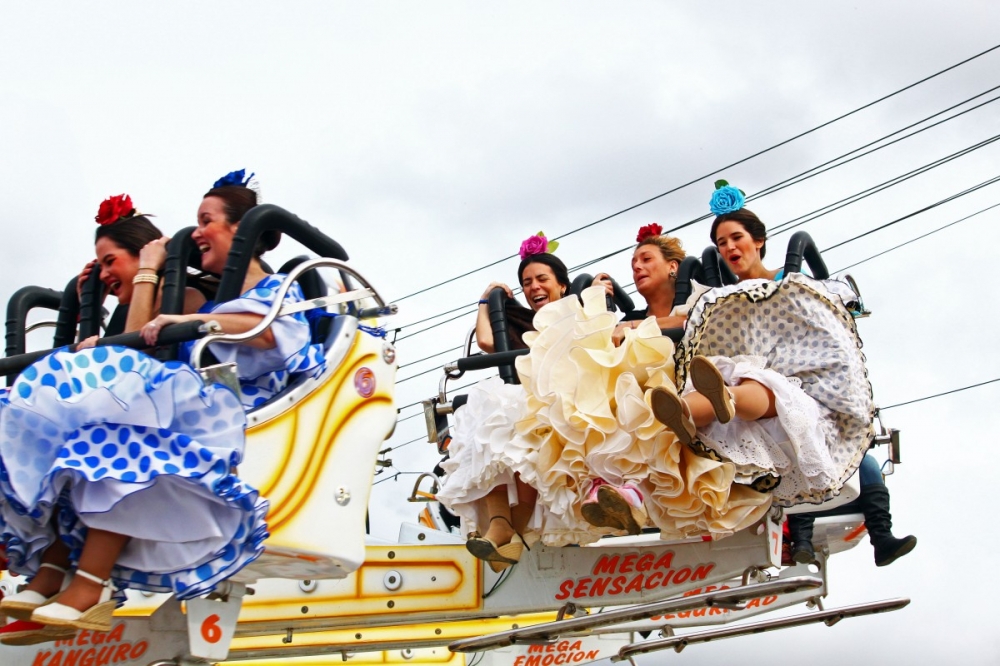 If you’ve read anything about Sevilla on my blog, you may have read that I’m not the biggest fan of the Andalusian city. From a purely superficial perspective, it’s hard to understand. After all, the golden city is probably one of the most beautiful places I’ve been to in Spain and it’s jam-packed with delicious bars serving tapas at rock-bottom prices.

But…Sevilla is also the place where I had the bad luck to have the majority of my most unpleasant experiences in Spain. Visiting the Feria de Abril only highlighted everything I hadn’t enjoyed about my time in Sevilla.

I wrote about this in a two-part post right after I got back two years ago, and as it’s the Feria this week, I wanted to re-reflect on the festival and my experiences there more concisely. Before I start, I don’t want people to misconstrue this as me hating on Sevilla. I had bad luck there, and I know that not everyone is like this. It’s absolutely a beautiful city and I did meet a few kind people there, but I still didn’t like a lot of the elements of the Feria de Abril.

It’s all about who you know.

The Feria’s main stomping grounds are lined with colorful stripy casetas set up like mini-restaurants for the week, including with pretty delicate fences set up around the exterior. Those fences aren’t just decorative. The casetas are private parties you’ve got to have an invitation to go into (there are a handful of public ones, but “just anyone” could go into those, I was told). This isn’t me being bitter about being let in; actually, my sevillano friends were well-connected and I got into some very ritzy places. Still, being asked for an invitation at the door is not my idea of a fun party.

You can’t sit with us!

OK, I’m never going to be mistaken for a Spaniard, no matter how pleasant of a guest I am. There’s nothing I can do about it. Still, it does get tiring having people walk up to me and say “Hello, where are you from?” Usually, people are just being nice, but a lot of people at the Feria made it clear they didn’t consider me welcome there.

A group of 20-somethings barred my way when I tried to walk through a caseta, pulling on my arm and aggressively demanding to know where I was from and what I was doing at their private party. They were the worst, but even the people who condescendingly said I was “a lovely girl, for a foreigner” made it clear I was never going to be fully welcome, no matter how well-connected I could potentially become.

People also spend hundreds and hundreds of euros each year to make sure they look their very best for the fair in custom-designed outfits. I dressed nicely, but saw absolutely no point in buying an absurdly expensive traje de flamenca for a single weekend, so I didn’t (even renting them is super pricey if you’re on a budget like me!). Would people have been nicer to me had I dressed the part? I definitely got the impression that they would, which really only highlighted the vibe I got about appearances being very, very important.

At the Feria, I never pulled out my own chair or opened a door, and I was always served first along with the other girls. Look, I know lots of people just chalk that up to traditional ‘gentlemanly’ behavior, but that kind of outdated behavior really irks me. I do not like being treated like a delicate flower who can’t do things for myself, even though I understand it comes from a well-meaning place, and those attitudes were in full swing at the Feria. Perhaps this is why a handful of typical Spanish cabelleros I’ve met have accused me of being muy fría!

It’s kind of a Spanish version of a society ball.

Think you’d enjoy the Feria? Would you enjoy going to a society ball? Even though it’s probably not quite as stuffy as I imagine those society events to be, the emphasis on class and appearance at the Feria is similar . It’s easy to glamorize something that’s as colorful and exotic as the Feria de Abril, but once I got over the shiny exterior, the inside wasn’t as exciting as I’d hoped.

Basically, the Feria, like a lot of fancy events in lots of countries, is exclusionary and superficial – I’m not criticizing it for something unique to that event.  Even if I were from Sevilla, I’m not sure I would enjoy something like that anyway. Social events based on what you look like and who you know really aren’t my thing at all.

So why do I still think you should try the Feria de Abril?

Well, it’s generally a plus to see something for your own eyes. My experiences in Sevilla will always be colored by the unkind people I met and unpleasant encounters I had when I studied abroad there. Somebody else without this history would see it differently, no question. To each his own, as they say!

Mainly, though, it’s because it’s almost always fascinating to see a place’s traditional celebrations. Even though the Feria wasn’t my kind of celebration, it is important to people of Sevilla and has been for a long time. The things I saw there I hadn’t seen anywhere else in Spain, and I don’t regret going at all. I was lucky enough to get an inside peek at a culture and society that isn’t mine, and no matter how many pretty buildings you visit, you may never see that social side of a place as a visitor . Sometimes, those are experiences you like and sometimes they aren’t, but it is absolutely worth it see these kinds of things when you travel.

Have you ever experienced a traditional event that you didn’t enjoy? Any thoughts on the Feria de Abril?