Why Things Have Been Quiet Around Here Lately 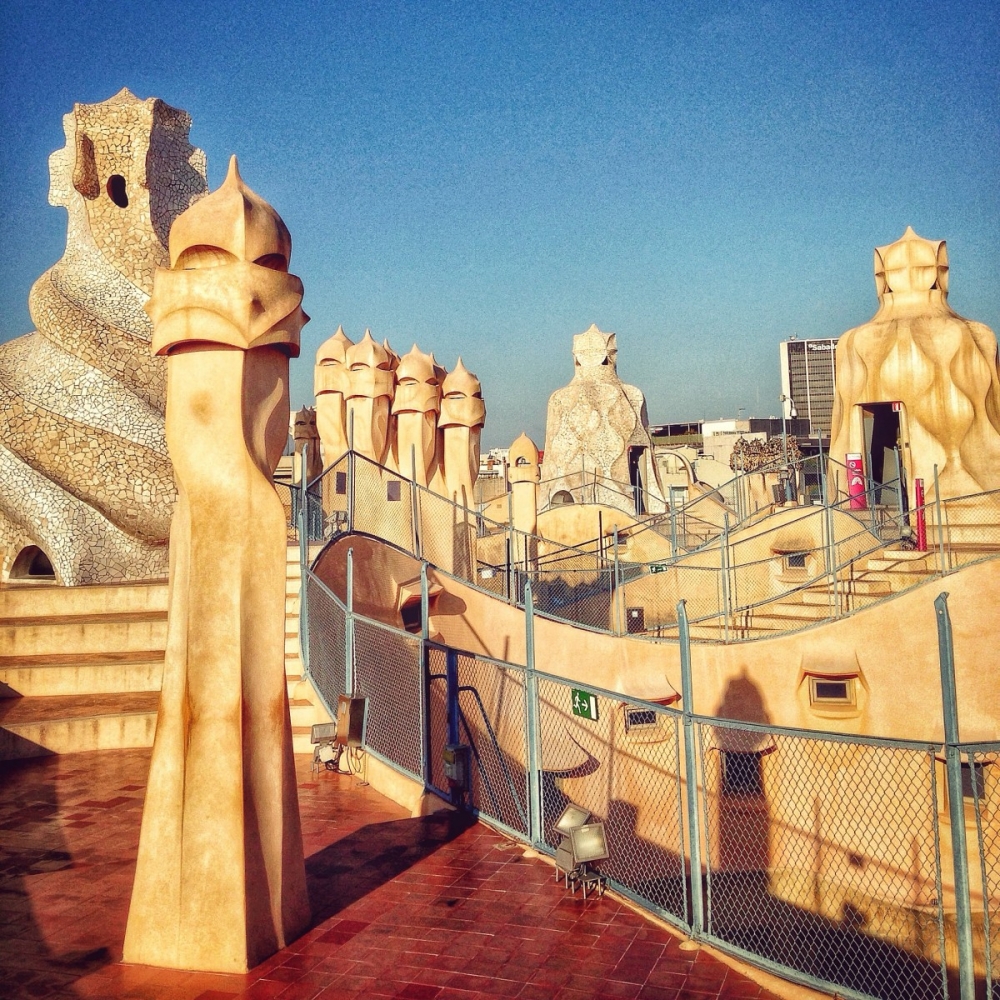 Over the past couple of weeks, things have been pretty quiet around here. Usually, whenever my blog goes suddenly quiet for over a week, it means that real life has gotten too busy to spend much time online, and that’s exactly what happened this time. I haven’t been so exhausted in a while!

I’m not complaining; it’s all been really, really fun. But today is the first time in almost 2 weeks that I’ve had more than a couple hours to myself. Let me run down why it’s been so crazy.

Anybody else out there get crazy bad jet lag? Once, it took me about 3 weeks to adjust back to a normal schedule after a long-haul flight! I flew back to Barcelona last weekend, and even with the help of a pretty much magical anti-jet lag supplement, it’s still taken a long time to feel normal again. I arrived on Sunday morning and got straight to work on my new side-project on Sunday evening.

It was back to work on Monday, and all week I woke up at 6 a.m., got ridiculously sleepy and headachy around 11 a.m., felt starving hungry by 1 p.m., not at ALL hungry at regular meal times, and collapsed into bed for hours as soon as I got home. All day, I felt groggy, grumpy, and generally out of it.

I looked like this all day. Only not as furry.

All I did was sleep and work (even though I only work part time!), with the occasional stop for eating an absurdly carb-high meal. It feels so, so good to finally be out of that dazed confusion of jet lag.

That crazy party going on downstairs

Another issue that contributed to my sleeping issues was the wild carnival my neighborhood became last week – the Festa Major de Gràcia. For an entire week in the summer, the district gets taken over by a very cool festival that combines Catalan traditions and a modern street party.

Unfortunately for the jet-lagged traveler, though, BOTH of those traditions come with a big helping of noise and debauchery – which I am usually a gleeful participant in. However, when all you want is to go to sleep, having the end of your street host a series of interesting explosions and drum displays (otherwise known as correfocs – fire runs), it’s not nearly as much fun.

I’ll be writing more about it soon, but I’d definitely re-think flying back on the opening weekend of the festival if I do it again. Spanish parties go late, and these parties ended at 3 a.m…on the weeknights.

Making the most of my time in California

I got to fly home for three weeks, and of course it’s much nicer to spend time properly enjoying your friends, family, and hometown than worrying about your blog. 🙂 No further explanations needed there, right?

While I was there, I got to see one of the most beautiful sunsets ever down at Newport Beach. This is one area that California definitely outdoes Spain in! Honestly, I was having such a nice time in southern California that I really didn’t want to come back to Barcelona at all.

OK, so I can’t officially spill the beans on this one yet (I will update as soon as allowed though!). But it did involve a few very long days of filming that totally wiped me out, so combining that with the jet lag, I spent all weekend feeling very tired.

This is also involved…

Also, it meant I didn’t get my regular weekend lie-ins (again, no complaints), so I am really looking forward the chance to just do nothing this upcoming weekend. It sounds crazy that in such an exciting city as Barcelona all I want to do is nothing, but it’s true!

And my friends who’ve gone traveling with me know that I really do need a larger than normal amount of sleep to function properly. When I was in Ibiza, my friends agreed I probably sleep about twice as much as they do. I really, really would love to be able to sleep less, but I’m like the reverse Bill Clinton (doesn’t he only sleep 6 hours or something?).

Enjoying the sights of Barcelona

These past two days, I’ve gotten some seriously incredible opportunities to enjoy some of the highlights of Barcelona. The nice thing about living here is that there’s no pressure to pack everything in to the same weekend. Instead, you can just go and see things when you feel like it. Yeah, sometimes that means I never get around to visiting stuff I really want to see (Palau Güell! Palau Güell!), but it also means that when I do see the sights, it’s easier to relax and spend as much time there as I like.

And in two days, I’ve done three things I really could have spent all day doing (but you know, work).

I kicked off the week with a relaxing session at the Aire de Barcelona spa. Spas sound all fancy and expensive, and while this one is definitely elegant, the prices are really reasonable. Now, I won’t be forking over €29 for a weekly soak at Aire (tiny budget over here!), but after how amazing the 2-hour session was, I will definitely be back for an occasional treat. The highlight: floating in the salt pool. Ahh!

Then, next morning I was up early again for a rooftop tour of La Pedrera. That’s the curvy white Gaudí building on Passeig de Gràcia that’s currently covered up for restoration works (sorry, visitors!). Out of the two Gaudí buildings on this street, I enjoyed the tour of the Pedrera more, simply because of how stunning the undulating rooftop is. It was one of those things I’d always seen pictures of but wasn’t quite sure where it was. Then, when I finally got to see it in real life, it was even cooler than the photos.

In the evening, I spent a few hours swimming in the Mediterranean. I’m really achy today after over-doing it, but enjoying the city views at sunset while floating in the sea is not a terrible way to wrap up a busy day.

Yup, it’s been an extremely busy couple of weeks, and even though I’m exhausted and happy to finally have an evening to myself to watch endless British quiz shows (please go watch Pointless immediately), I really can’t complain. When I was dreaming of living in Barcelona before I made the big move, this is even better than what I’d hoped for. It hasn’t always been dreamlike by any means, but it’s been a lovely couple of days.

Also also…can you tell I got a new phone for the pictures? My Instagram was all previously shot from an iPhone 3GS, so I’ve gone crazy over the new camera on the new phone! Next step: successfully getting it unlocked.

What’s been the highlight of your summer so far?