The Hidden Roman Temple in Barcelona 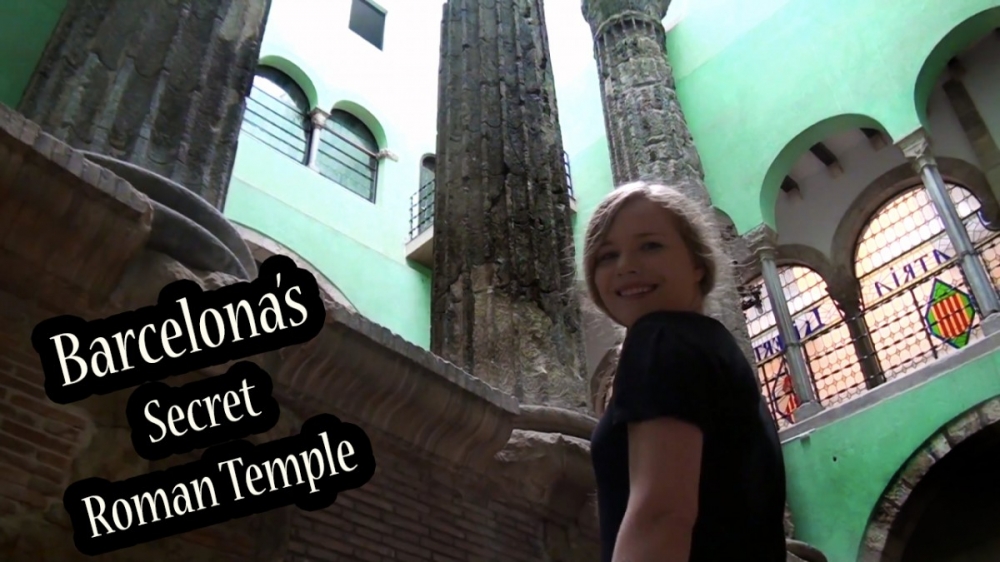 “There’s a hidden Roman temple in Barcelona”, someone told me in my first year here. I pretty much laughed them off, thinking it was a joke. First of all, how could you hide something as big as a Roman temple? And second of all, wouldn’t everyone know about something so exciting?

Having grown up in California, I’m still not quite used to the idea of Roman ruins being something “normal” or “boring.” I still experience an inner shriek of delight when I spot the dates on building facades, and they say “1800”.

So you can imagine how I react to Roman ruins of any kind, especially something as intriguing as a secret hidden temple.

These columns are over 2,000 years old – a mind-boggling fact. They’re still in fantastic condition, though they’re only a piece of what the Temple of Augustus would have been in its heyday.

It once sat in the center of the Roman Forum square, surrounded by important buildings. Today, the nearby Plaça Sant Jaume provides a similar function.

Though over the years the temple disappeared beneath the city, it was accidentally rediscovered. After this happy accident in the late 19th century, the Roman temple was beautifully restored. Today, it’s a lovely little stop in the Gothic Quarter – and free!

How to visit the Temple of Augustus:

Closest Metro stop: Jaume I on the yellow line or Liceu on the green line